Burgess Hill is covered by Gary the Chimney Sweep

Great news! Gary the Chimney Sweep is available to work in Burgess Hill, remember I can help you with any of the following:

Burgess Hill is a watch-this-space place – located in the heart of the rural mid Sussex countryside. Ambitious plans to develop the town, via the local masterplan for new homes and infrastructure, mean that this friendly community will become more noticeable in the future. For centuries, the settlement was somewhat small, catering mainly for the agricultural industry with a once-famous sheep fair, which lasted until the 19th century. The arrival of the London to Brighton railway in 1841 resulted in the livestock auctioneering business ebbing away (although farming as a current trade is still important). At the same time, the railway made the town accessible and with its half-way positioning betweem the capital and south coast towns, Burgess Hill became more popular. Brickmaking and cottage industries helped, and today the town is an epicentre for local businesses with a good range of shops, proudly earning the accolade of ‘fairtrade town’.

The streets of Burgess Hill carry solid, traditional British names such as Queen Elizabeth Avenue, Leylands Road, Crescent Road, Chanctonbury Road, Nightingale Lane, Silverdale Road and Victoria Road. There are some very individually named roads too, quirky  and curiously named, including The Spinney, Freek’s Lane, Noel Rise and The Willows. Rustic appeal is alluded to, in others: Barkdale and Larkspur Drive, for example. Residents are very active in their community in Burgess Hill and enjoy a number of leisure, sports and hobby interest groups.

Notable residents in Burgess Hill include the poet Elizabeth Bartlett. She was known for her individual style and published eight collections of poetry. The poet, who had a long career in the health profession, lived in the same house for 50 years. One of her poems, ‘Painting of a Bedroom with Cats’ is about the room where she created her poetry during that time. Other known residents in Burgess Hill include TV presenter Holly Willoughby who was a pupil at Burgess Hill School, actor Michael York, writer Neil Brand, and professional football player Bobby Zamora, who played for Brighton & Hove Albion. Another footballer, Greg Luer, played for Burgess Hill Town Football Club at one time. There are other sports personalities such as basketball player Richard Midgley, cricketers Vallance Jupp and Caroline Atkins.

Gary the Chimney Sweep offers high quality and best-price chimney sweeping services in Burgess Hill. For a free quote, or to discuss your chimney set-up, phone Gary today on 07825 163864. 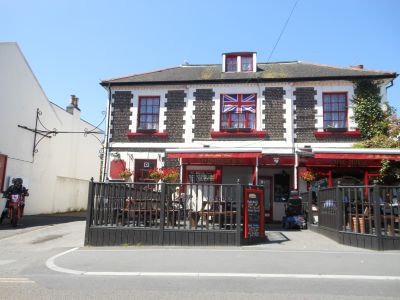 Places near to Burgess Hill that we also cover

A really quick and clean job. All carpets were well protected and the fire draws better than ever now.